In Homer’s Odyssey, Odysseus must pass between Charybdis, a treacherous whirlpool, and Scylla, a horrid human-eating, cliff-dwelling monster. And so was born that cliched term, ‘caught between a rock and a hard place’, implying the difficulty of choice when no outcome appears to be advantageous. In fact, at times, the choices available to us are blatantly awful and our thoughts are consumed with what we know will be lost. We don’t always know when something is going to turn out positively for us, but we tend to know with alarming dread when something is not working in our favour.

The recent Netflix phenomenon, “The Queen’s Gambit”, based on the novel by Walter Tevis, stirred a new appreciation for the strategic challenge fostered by chess and its calculated moves to gain advantage of the game and your opponent. As a metaphor for life, chess has many correlations. There is a German term, ‘zugzwang’, which describes that moment of realisation that the move you are forced to play will be the very move that determines your loss. Your move will lead you to a ‘check’ or ‘check mate’ scenario. There’s no alternative.

There are times in our lives where we are compelled to make a move knowing our position (be that emotional, psychological or physical) will become significantly weaker. Those icy fingers of dismay grab hold of our heart and throat as we initiate the action that sets in motion the genesis of our impending loss. The breakup, the dismissal, the final goodbye, the diagnosis, the bankruptcy.

If it is a game of chess we are playing, chances are, we can bounce back from the momentary humiliation and move on to play another game where, hopefully, we bypass the moment of zugzwang and our gambits pay off. You never can know for certain when the game of life might turn its tables on you and the path you thought you were winning becomes fraught with challenges and it appears that every possible move will make your situation worse.

A futile effort for hope delays the inevitable. Everywhere before you are rocks and hard places. It’s the endgame… for that chapter of the story. A new game awaits and a new chapter can start with perhaps a different gambit played. It just might not be as easy as saying that phrase, ‘just start over’.

Bouncing back from a situation of loss requires some narrative reengineering and inevitability a reappraisal of the beliefs we hold dear to sense of self. How we arrange the different plot points of our lives into our narrative will shape who we are and who we are becoming. In the chaos of life, it might not seem easy to incorporate the unexpected turn of events into our narrative, but that’s exactly the work we need to do. We stitch together meaning from the chaos through the story we devise to explain what’s happened.

Tailoring our stories to different audiences and contexts helps us try out how we are making meaning from an event. Catastrophic, unexpected and traumatic events need time to be metabolised, but not telling your story can have consequences to your wellbeing. Research suggest that when we share our stories the listener could give alternative perspectives, may remind us that we have over-weighted the significance of an event and through so doing provides the opportunity for an enriched and more elaborate memory to emerge. Reluctance to share your stories could mean you get stuck in a story that is less flexible, provides one meaning and gives less chance for growth and personal maturation.

When we find positive, new meaning in negative events we start to build a more complex sense of self and greater satisfaction with life. This is why redemptive stories are so important for our wellbeing. Finding the lesson, recognising the new opportunities created, appreciating the wiser person you’ve become – these acts of redemption are incredibly powerful to keep our narrative identity intact and to have a valued sense of continuity with your life.

However, some stories seem like they cannot be redeemed. There are times when events occur that have been survived, but seem to leave nothing uplifting. It can take time to metabolise some events.

The meaning we give to events will, typically, generate feelings within us. Say, for example, a piece of work that you have led has gone off the rails and a senior person has stepped in and taken control, having firm words with you about their disappointment in your mismanagement of the project.

Most of us would feel humiliated, our inadequacies exposed and potentially on view for others to notice. However, the meaning we are ascribing might be the meaning that the angry leader assigned to it and placed upon us. In time, you might start to appreciate that there were multiple factors that contributed to the failure – lack of support, lack of recourses, ridiculous time frames, limited budgets along with a gap in your own skills or confidence.

Gradually you’ll come to a place where perhaps the meaning you ascribe to the event is about speaking up early, owning your voice and trusting your instincts about projects not set up for success. Yes, you have a war story, but you also have a story of survival, learning, maturation and redemption.

Initially we are infected by a bad belief about ourselves – a toxic meaning we have given to an event. The negative charge and emotional entrapment these infected beliefs can have over our lives limit us and prevent us from giving similar things another go. Perhaps the biggest loss we can endure from a zugzwang moment is the parts of our life story that we give over to those contamination stories. It was all going so well and then …. Too many of us become obsessed with the contaminated parts of our life story.

Find someone to talk to if you can’t work through the stuckness in which you find yourself. Talk about the alternative meanings that could be attached to an event – some might be ridiculous and some might be plausible. If you change the meaning of something you’ll change the charge it has over your life. It’s true psychological alchemy: turning the dark into light.

You are the narrator and the main character of your story and you are in charge of the story. The past is always available for a rewrite and the future does not need to be a replica of the past. Be selective about the pieces of the past you wish to bring into the future, refigured and rewritten to reflect the protagonist of the story in a manner in which you can be proud and humbled. Doing this is a redemptive act in itself. An act everyone is worthy of experiencing.

If you think you, your team or your organisation could benefit from an opportunity to explore new possibilities or break free from a story in which you feel stuck, contact Callan McDonnell (callan.mcdonnell@madebetterhuman.com.au) for an initial conversation and see if narrative coaching and narrative transformation might be a solution to guide you or your team towards your future story. 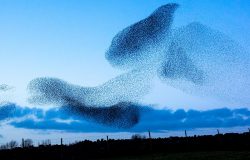 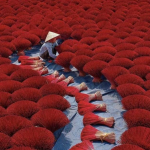 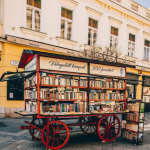