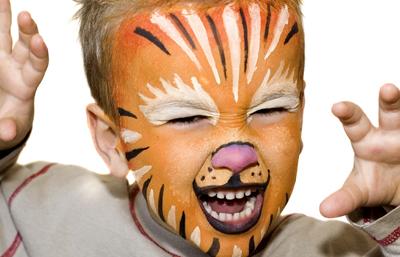 Recently I got dragged along to a work function that initially I didn’t really want to attend. It was designed for families, and probably really well set up if you had young children.  However, even 3 beverages in, I was bored – I didn’t want to pet small animals (the petting zoo for the children) or have a go on the jumping castle,  I could see the magician’s sleight of hand and I was ready to leave. My wife was not in the same frame of mind. My daughter and I decided to partake in one of our favourite pastimes – people watching.

We both targeted a cute child who we named Mini-geek. He was an adorable 4 year old with spiky blond hair and thick blue framed glasses. He had a serious demeanour and was observing the other children as though they were laboratory animals as they charged about the  show grounds fuelled on sugar and inspired by the roving clowns. Mini-geek eventually became committed to the idea of having his face painted and so our attention was drawn to the woman operating the face painting service.

She had set up her table with brightly coloured cloths and had example photographs of children painted to look like butterflies and dinosaurs, pirates and princesses. She was remarkably talented and her dexterity with sponges and brushes transformed little beings into works of art. What was also really clever about her set up was an elevated director’s chair she had placed near her and the child she was painting. This was the seat for cautious children: for the introverts who wanted to fully understand how things would work this chair offered a god-like view of the painting procedure.

Mini-geek took full advantage of this observation point and watched a good three or four other children get painted up before he joined the queue to get his face painted. When he was in front of the talented artist he dutifully chose his design and solemnly sat still as she worked her magic on his face, his little blue-framed glasses tightly held in his small hand.  At the end of the painting ritual the woman held up a mirror to let Mini-geek see his transformation. His face just exploded into joy. He had been turned into a lion and all his growling and snarling skills came to the fore as he leapt from the chair pouncing on other children. He gave his mum his glasses and bounded off into the foray that comprised a mass of butterflied, prirated and dinosaured children.

As wonderful as Mini-geek was it was actually the face painter who was more memorable. Here was a woman who clearly loved what she was doing, got her audience – the directors chair, her easy chatter with the kids, her mirror, the whole design of her production line was captivating to children and their parents. What she was doing provided me with an opportunity to share with Alanah some of my views about life. Alanah is in the clutches of a dilemma as she flips and flops around what to do with her life after completing her final year of school. I asked her, “Do you think the face painter dreamed of being a face painter when she was 17 years old?”

“Probably not,” she answered.

“Do you think she’s disappointed about her life choices?” I questioned

“What makes you think that?”
“She loves what she’s doing – and she’s good at it.”

We have on our fridge a magnet that reads: “Whatever you are be a good one.” I haven’t found the matching magnet to go with it but it would say something like: “And whatever you do, do it because you love it.”

Or maybe its just one magnet that says: “Follow your bliss!”

Sometimes our bliss doesn’t appear in the packaging we thought it would arrive in and very often it doesn’t unwrap itself in exactly the way we imagined it would but I know this to be true – life opens up in extraordinary ways for you when you follow your bliss. There’s a sort of spiritual magic that reveals doors and lights up new pathways when you encounter your dragons. I hope each of you have heard your call and are enjoying the bliss you get to follow. 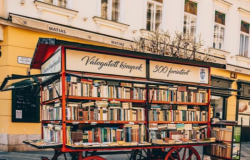 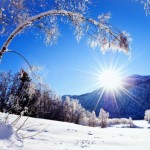 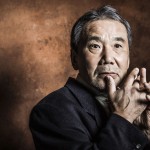